You have no items in your shopping cart.
A letter from our CEO: Covid-19 Company Update

We take this opportunity to thank our employees, our shareholders, our customers, and our suppliers for their loyalty and commitment to our Company. We recognize that these are not normal times and that everyone is anxious about the world around them with so much uncertainty. At the same time, we realize that to the best of our ability, we must continue to do all we can to continue to operate and provide our customers with the products and services they require, and support our suppliers. We are proud of the fact that in many of the news articles and videos our Vortex-Genie, in particular, has been featured as a piece of equipment that is used by laboratories as part of their test protocols. So, in a way, our valued Company is part of the solution!

Our facilities and warehouse remain open and fully operational, and we are working closely with our valued suppliers to ensure minimal impact on our supply chain. Our product inventory remains at normal levels. Our customer service and order processing team is also working hard to ensure that all customer orders are processed on a timely basis and that we continue to provide world class customer service.

We are continuously monitoring and assessing the current situation and responding appropriately as it evolves. We are implementing certain virus-mitigating actions to reduce the potential for transmission including restricting travel, implementing hygiene protocols, and social distancing.

We thank you for your support and, above all, please stay safe. 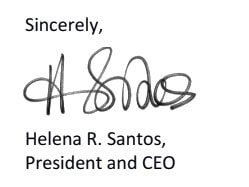 You have no items in your shopping cart.

High and low speed range include reverse and interval stirring.

Allows users to quickly program speed, ramp rate, stir direction, time (including pause), and power level in up to 9 distinct steps. Up to 4 stirring profiles can be saved.

Recalls and executes one of up to 4 user-defined profiles.

“Place the universal on a magnetic stirrer in an incubator or hot room at 37°C and stir slowly for 30-40 min.”

“2. Add 50mL of water and a small magnetic stir bar to the flask containing the sample. 3. Agitate for 15 minutes using a magnetic stirring device. Make sure the slurry is agitated sufficiently to stay suspended during this period. 4. Turn off the stirrer. 5. Add 20 mL of... Swirl to mix. 6. Add 25 ml of... Swirl to mix. 7. Let the slurry stand for 5 minutes... 8. Resume stirring.”

Method 9213: Potentiometric Determination Of Cyanide In Aqueous Samples and Distillates With Ion-Selective Electrode

“As for the aqueous phase, 100 mg PVA and 15 mg CS or TMC were stirred in 5 ml water for 2 hours at room temperature until a clear solution was obtained. The organic phase was passed through a 0.22µm syringe filter to remove any un-dissolved solids and subsequently added drop-wise to the aqueous phase under constant stirring. The resulting micro-emulsion was kept under constant agitation on magnetic stirrer at 1,000 rpm for 1 hour...”

“This colloidal preparation was diluted to a volume of 50 ml by adding water drop wise under stirring conditions (1,000 rpm, magnetic stirrer), which resulted in nanoprecipitation.”

“...is added very slowly dropwise to the solution of the ester and stirring is continued for at least 1 hr after the complete addition of the DIBAH solution (Note12). Upon complete consumption of the ester, the crude reaction mixture is poured directly with vigorous stirring into 360 mL of...”

“The aldehyde solution is added dropwise at 0°C with vigorous stirring. After complete addition the reaction mixture is stirred for ca. 12 hr and allowed to warm...”

Want to speak to someone?
We 're here to answer any questions. Just call!

Chat with an expert

Would you like to accept a Live Help Center

with one our staff members?

Your inquiry was submitted. Thank you for contacting us.