You have no items in your shopping cart.

Easily Converts from Rocking to Rotating (or vice versa) in just 5 seconds.

Hold bags for complete and even soaking of membrane-based blot assays/washings.

Save valuable benchtop space with a single product that serves as both a rotator and a rocker.

“Sterile PBS (2 ml) was added to the dust, which was then mixed end-over-end on an orbital rotator (Roto-Shake Genie; Scientific Industries, Bohemia, NY) at 4°C for 16 h”

“...were incubated with ActA at the indicated concentrations for 1 h at 4°C on a Roto-Shake machine, and processed...”

“We have recently purchased the Roto-Shake Genie and, while it satisfies our rocking or rotating needs, it also provides another benefit to our lab. We are able to use the flat, magnetic surface to pellet our Dynabeads Oligo (dT) 25 during the purification of mRNA. Good quality mRNA is essential to many of our procedures and the use of magnetic beads makes purification very speedy. Using the Roto-Shakes magnet for this procedure simply requires placing the sample tubes on the surface of the platform for pelleting. There is no need to purchase another magnet to do the isolation and means one less item setting around on the bench top.”

“The Roto-Shake Genie attains the standard expectations of a rocker: the beveled non-skid tray provides guard-rails for evenly shaking blots, and adjustable speed permits experiment-appropriate washing or mixing force. However, the Roto-Shake Genie provides additional design features which set it apart from the standard rotator/shaker. Choice from five different rotating or mixing motions in one apparatus renders this model applicable to a broad range of needs. Beyond traditional applications of blot incubation or solution mixing, the Genie is fit for virus and protein-protein interaction, or protein-nucleic acid interaction, techniques. Examples include the popular Baculovirus system for recombinant protein production; the Roto-Shake Genie combined rotating/rocking setting offers even distribution of recombinant virus over insect cells during the prescribed infection incubation. For experiments demanding tube rotation, including any variety of affinity matrix incubation with protein or nucleic acid target, the magnetic adaptors provided with this purchase firmly secure samples for extended mixing. Magnetic holders are also included to fasten seal-a-meal bags as used for radioactive probe mixing as mandated in Southerns, Northerns, or nuclear run-ons. Given Roto-Shake Genie adaptability to a temperature range of 0 to 38°C, moving the Genie to a cold room or warm incubator setting offers an alternative to the potential clean-up mess of radioactive blot incubation in a waterbath shaker.”

“...we are eager to use the Roto-Shake Genie for co-immunoprecipitation of proteins, for which the magnetic tubeholders, and option to move the Genie from a refrigerated setting to a countertop, room temperature setting, are particularly helpful. The magnetic tubeholders should preclude tubes sliding off the shaker mid-incubation, as occurred with our older shaker, and the temperature flexibility permits antibody vs. affinity matrix binding at distinct temperatures. Our lab also uses the Baculovirus system as mentioned above, which requires shaking incubation of virus and target cells. My own project has called for nuclear run-on analysis, and a deluge of Southerns, for which this rocker would certainly be helpful. Finally, Western blotting is an almost constant activity in our lab and the Genie is well-suited to serve in that capacity.”

“The filters were then left to pre-hybridise at 65°C for at least 3 hours, in an orbital shaker.”

“The filters were then rinsed twice in 2 X SSC at room temperature, followed by two 30 minute washes with 0.5 X SSC/1% N-Lauroyl Sarcosine at 65°C in an orbital shaker.”

“Following electrophoresis, the gels were trimmed to 19 cm, placed in plastic trays containing Vistra Green stain mix and agitated in the dark, on an orbital platform shaker, for 45 minutes.” 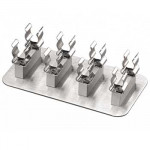 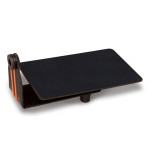 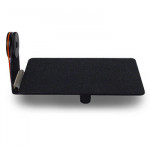 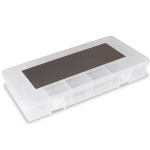 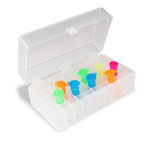 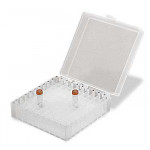 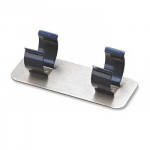 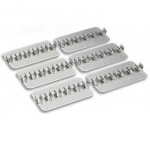 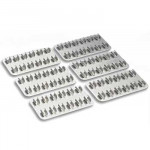 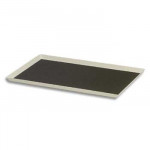 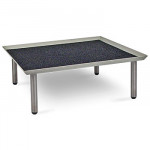 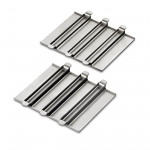 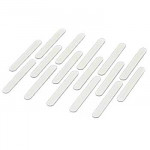 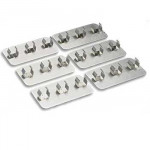 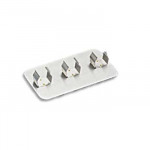 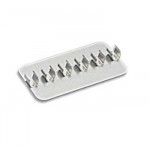 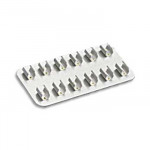 Want to speak to someone?
We 're here to answer any questions. Just call!

Chat with an expert

Would you like to accept a Live Help Center

with one our staff members?

Your inquiry was submitted. Thank you for contacting us.